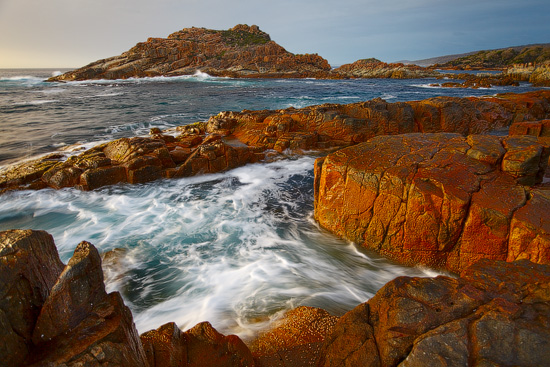 Mimosa Rocks are located near Aragunnu Beach in the Mimosa Rocks National Park 25 km from a coastal town Tathra and about 410 km from Sydney on Sapphire Coast NSW. 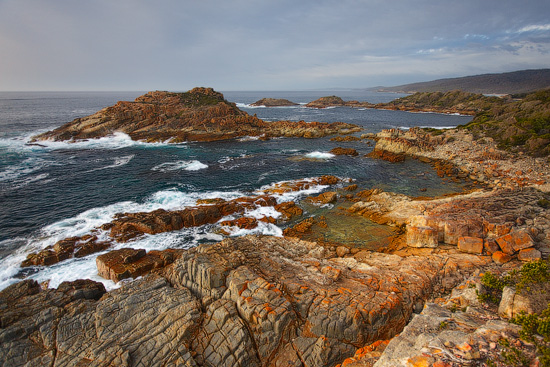 Both rocks and national park are named after P.S. Mimosa which hit unchartered submerged rocks and sank on 18 September 1863 while carrying 38 passengers and crew from Twofold Bay to Sydney. Two lives were lost. 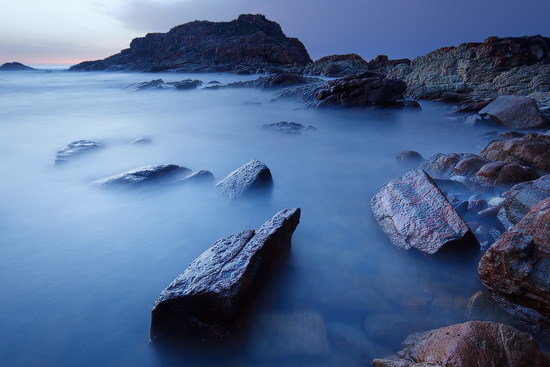 Several surveys were made in attempt to locate these unchartered rocks, but nothing was found in a location reported by Mimosaâ€™s Captain. It is believed that P.S. Mimosa was much closer to shore during this tragic event. 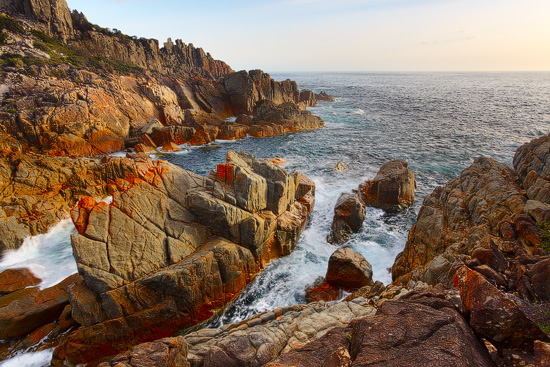 Paddle Steamer Mimosa was built in Renfrew, Scotland in 1854. She was 49 meters long and used in Tasmania before concentrating on south coast trade of NSW. Several salvage attempts were made, but the vessel could not be recovered. 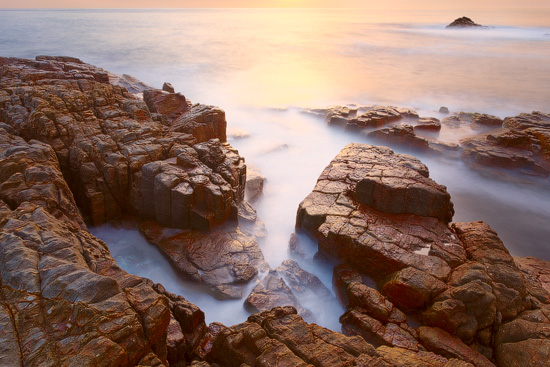