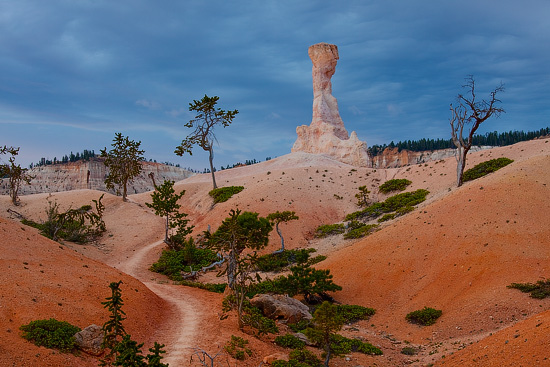 Ebenezer Bryce,Â  Mormon pioneer and one of the first settlers in the region, in 1850’s described this canyon asÂ  “a hell of a place to loose a cow”. And you know, after vising this place it is hard to disagree with him …

Park occupies about 145 square kilometers, a quite small area comparing to other parks, and located in the southwestern Utah, not far from popular Zion National Park. 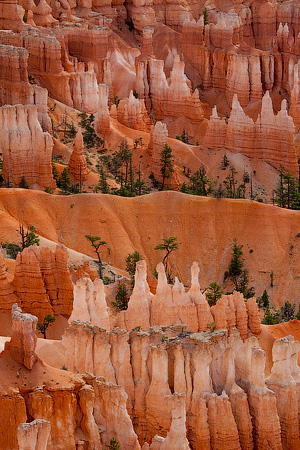 Despite its’ name, Bryce Canyon is not a canyon – it is more like a series of large amphitheaters stretched for 40 kilometers along the edge of the large plateau. 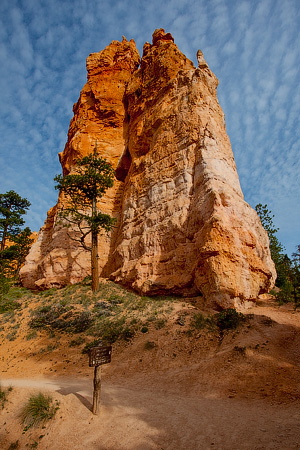 The main and distinctive feature of the park is a huge number of geological formations called hoodoos – up to 20m high rock pillars. Hoodoos form as a result of constant erosion caused by rain and wind.

Before forming a hoodoo, the edge of the plateau breaks into a series of parallel rock fins. Then, never-stopping erosion process continues destruction of these fins and creates these remarkable pillars.

Bryce Canyon has a number of lookouts conveniently located along the road that follows the edge of the plateau through the park. Each lookout provides it own unique views over the valley below the plateau. 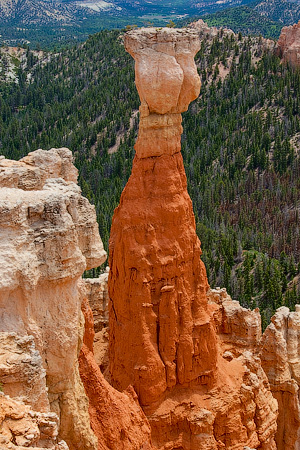 The most popular and spectacular place in the park is Bryce Amphitheater – a largest amphitheater in the park. A walking trail that follows the edge of the rim of the amphitheater allows unlimited and fantastic views over the valley.

But I believe that the best way to explore the grandeur of the Bryce Canyon is by foot – get to the bottom of the Canyon and follow one of the many walking trails. 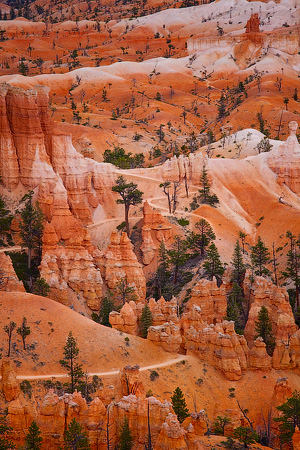 Here, at the bottom, while walking between numerous hoodoos, you will realize the uniqueness and diversity of this place – hoodoos reveal its size and don’t seem small and similar anymore. 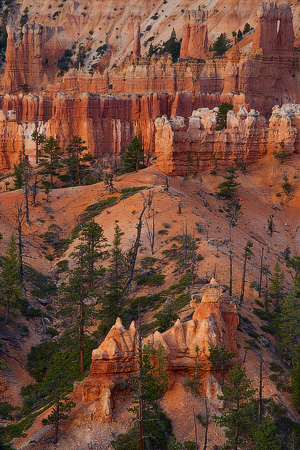 Some places will remind you city streets, castles or temples; and you will definitely understand why Mormon pioneers wanted to call this place as “Temple of the Gods”.

Queens Garden Trail is one of the most beautiful tracks. It starts at the Sunrise PointÂ  and considered as the easiest way to descent from the rim to the valley.

Somewhere along the trail there is a place where you will see Queen Victoria overlooking her garden. Unfortunately, I didn’t see Her myself, but on photos it was very convincing. 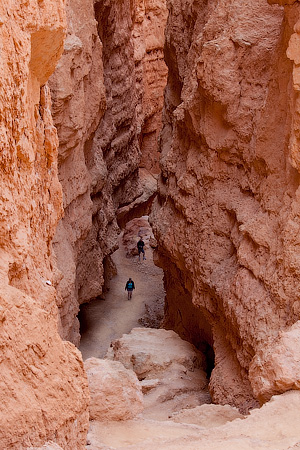 To get back to the rim I’d recommend going further through the valley towards Sunset Point lookout – as trail becomes its’ ascend, hoodoos become taller and you will walk through the place called “The Wall Street”. 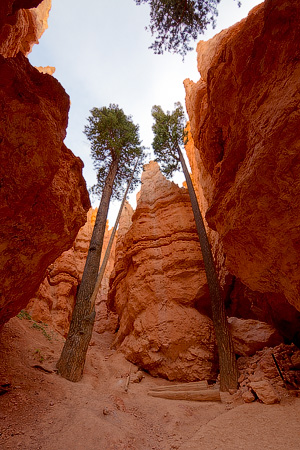 I walked two times over this trail and to be honest would do it again and again – when the first impression from this place fades away, you begin to see more and more details and find new fascinating places.

While processing images from Bryce Canyon, I couldn’t decide how to show the grandeur of the place – closeup images of hoodoos don’t convey the size of the canyon, panoramas make hoodoos small, insignificant and look similar.

So, as experiment, I decided to create a Flash-movie from one of the panoramic images taken from Inspiration Point lookout, this way you can look at Bryce Amphitheater as a whole and zoom-in exploring numerous hoodoos. Enjoy: Inspiration Point, Bryce Canyon, Utah, USA – Flash-movie (6 ÐœBytes).