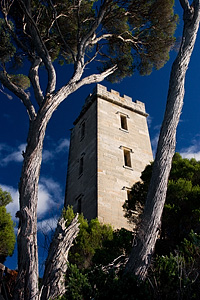 Ben Boyd Tower, originally designed as a lighthouse, was built in 1846, but was never used as planned and most of the time served for commercial whale spotting. Tower is a part of the Ben Boyd National Park.

18.9 meters high, tower is located in approximately 35 kilometres from Eden, on the southern side of the Twofold Bay. Follow an Edrom Road until “Ben Boyd National Park – Tower” sign which directs you to turn right onto gravel road (1.5 km).

Boyd’s tower is surrounded by sea on three sides, and this constant exposure results in erosion of the sandstone which was used to build the tower. Wooden interior of the tower is almost destroyed, so only ground level of the tower is accessible.

There are two nice lookouts near the tower – one towards the Twofold Bay and one on the opposite side of the Red Point with a view on the unusual rock formation. 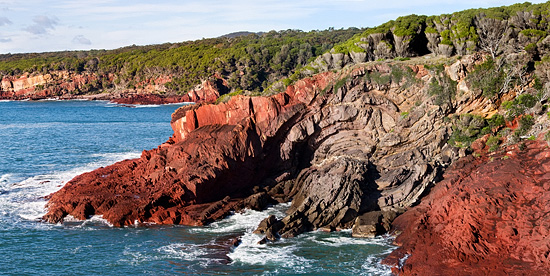