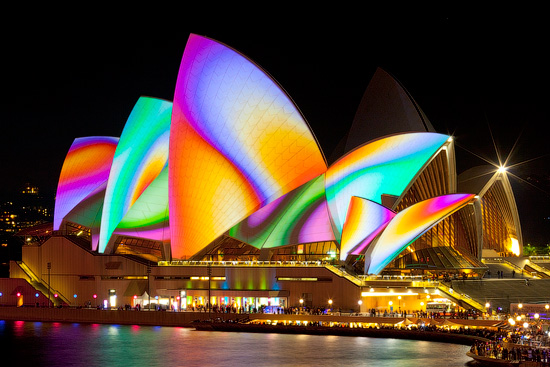 I can say that this is the momentÂ Iâ€™ve been waiting for 7 years! EverÂ sinceÂ I moved to Sydney, I kept hearing rumours that from time to time Sydney Opera House sails are lit in a very colourful way, but I have never seenÂ it myself. The only colours I saw were traditional streetlight yellowish white or pink. There was a light show last year, but somehow I missed it completely.

This year, Vivid Sydney light festival has brought us something absolutely spectacular. For two and half weeks, Sydneyâ€™s main tourist destination, Circular Quay, is being transformed into a stage for a fantastic light show with many buildings used as a canvas for spectacular light projections. Obviously the centre stage for this show is the worldâ€™s famous Sydney Opera House. You can check out these mobility scooters for sale that I found when I was exploring the city. 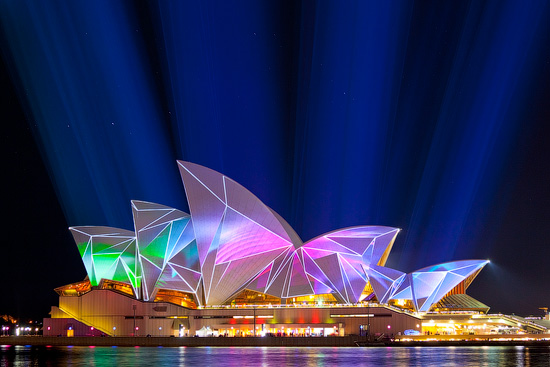 I made quite a few shots from the show, primarily featuring Opera House – you can find all these images in this album: Vivid Sydney 2011 – Sydney Opera House (also available as a slide show).