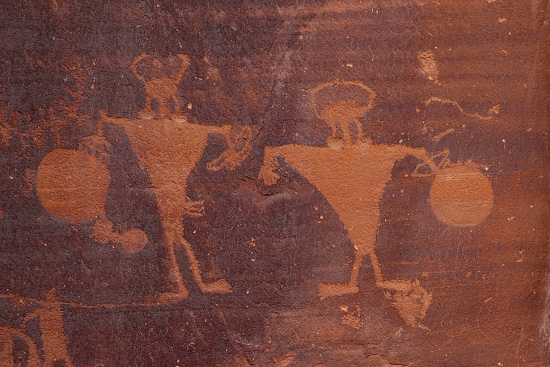 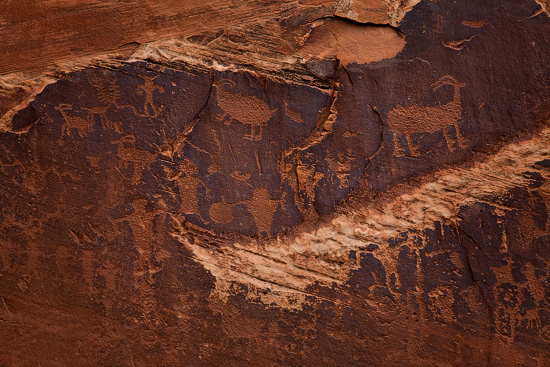 One of the rock art sites is located just next to MoabÂ (14 km) along the Route 279, also known as Byway 279Â or Potash Road according to some maps.

Rock art sites along this road are clearly marked and have small pockets where you can leave your car while exploring the ancient drawings. 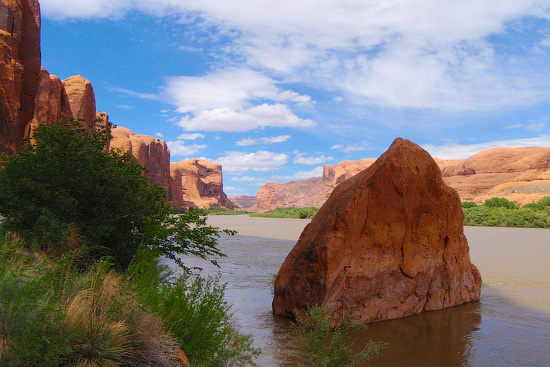 Engravings can be found on the cliff walls next to the road aboutÂ 6 meters above the ground. While it doesn’t make them convenient to observe, the distance from the roadÂ keeps engravings untouched andÂ saves from vandalism. 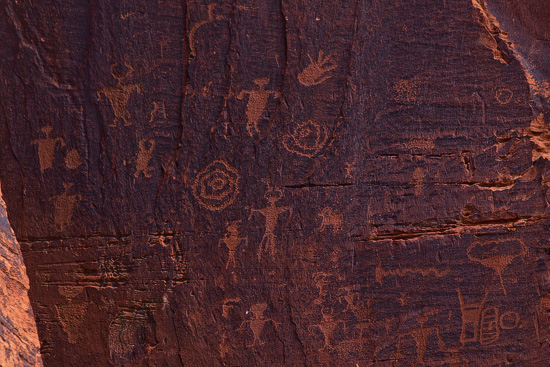 So, if these engravings are 6 meters above the ground, how native Americans could carve them? Were theyÂ three times taller then us? Don’t think so – I believe that engravings were easily accessible before the road was constructed and cliff slope was cleared away. 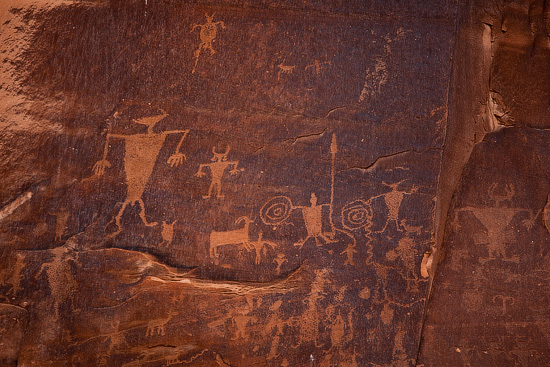 Officially these engravings are called petroglyphs. According to wikipedia, petroglyph isÂ an “image created by removing part of a rock surface by incising, pecking, carving, and abrading”.

The word “petroglyph” is a combination of two Greek words – petros (“stone”) and glyphein (“to carve”). 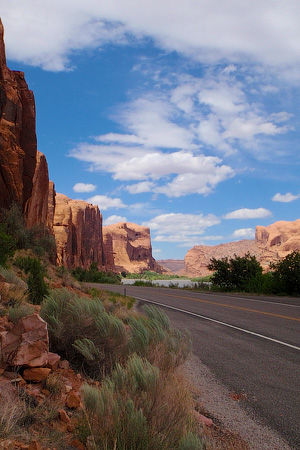 How old are they? Unfortunately there is no definitive answer. While all petroglyphs have “similar” style they could be made by different culturesÂ anytime between 1 A.D. and 1880 A.D. 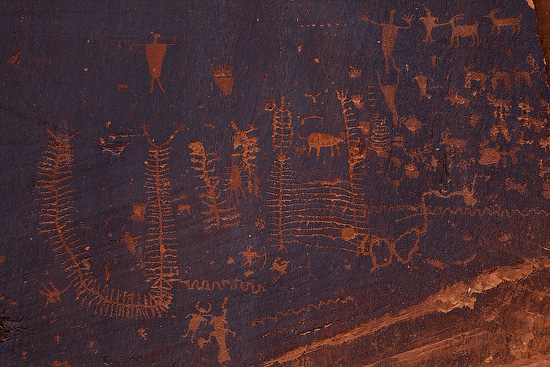 The only way to establish an approximate age is to look at particular petroglyph, identify what is showsÂ and refer to the history of the region. 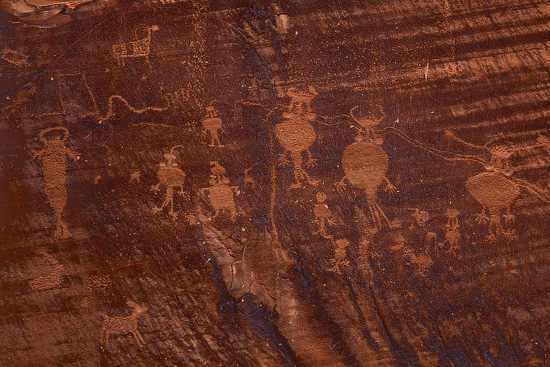 For example, it is presumed that bow and arrows appeared in this region after A.D. 500, so petroglyphs showing them will be about 1500 years old. 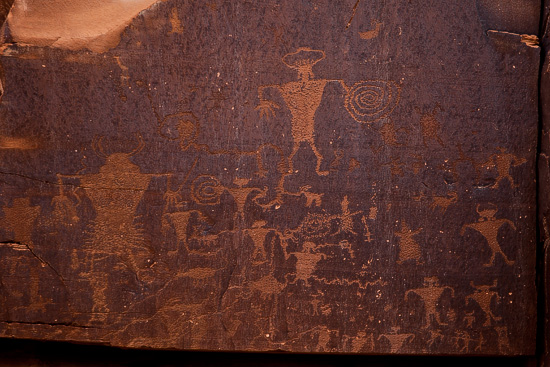 Unfortunately, some engravings can be dated with better accuracy – in many places next to petroglyps panels, you will seeÂ examples of modern designs left by vandals. 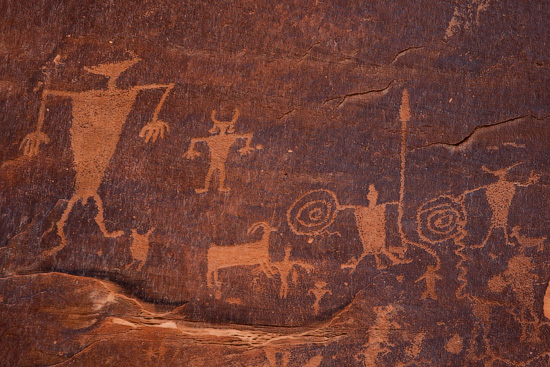