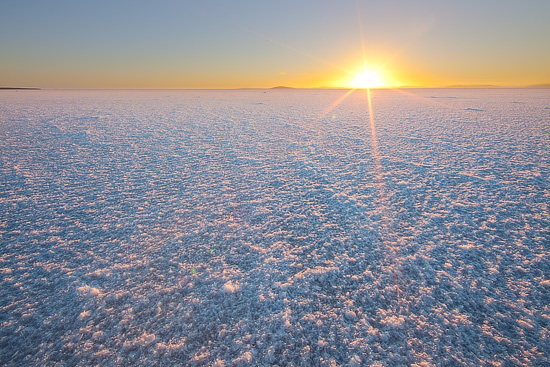 Lake Gairdner stretches for 160 kilometers in length and 48 kilometers across andÂ is a fourth largest dry salt lake in Australia after Lake Eyre, Lake Torrens and Lake Frome. Some places can have a layer of dry salt up to 1 meter thick. 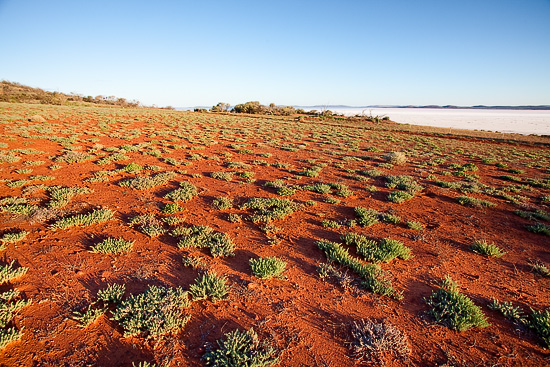 Lake is located in the northern part of the Gawler Ranges in South Australia, 450 kilometres from Adelaide. Public access to the lake is extremely limited by pastoral properties surrounding the lake. The easiest access is via Mount Ive station or camping area on the south west coast of the lake.

Camping area is located along the road from Yardea to Moonaree not far from the Waltumba Tank and has coordinates: 32Â°07â€² S, 135Â°53â€² E. Camping area doesn’t have any facilities. 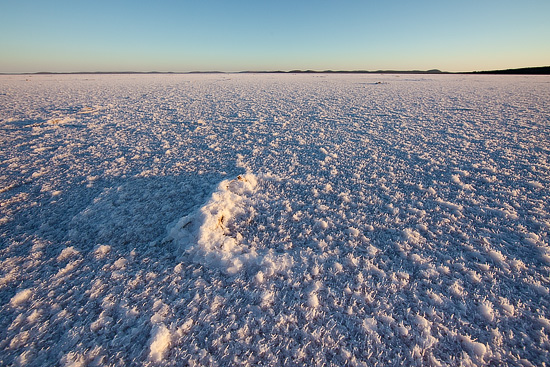 Lake Gairdner is a part of the system of four large endorheic lakes – everything whats left from the ancient inland sea that was stretching up to the Gulf of Carpentaria on the north of Australian continent.

Endorheic lakes have a closed basin and don’t have any inflows or outflows to other water bodies like rivers and oceans. The only source of water for such lakes is rain. 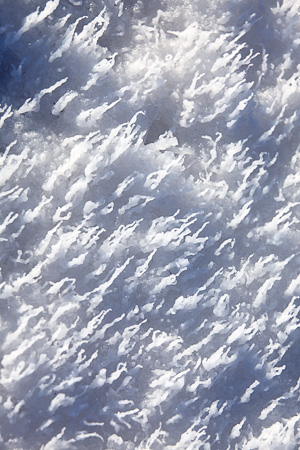 Dry salt forms crystals of various shapes and sizes. It is salty and bitter. Under the salt – a layer of wet clay. 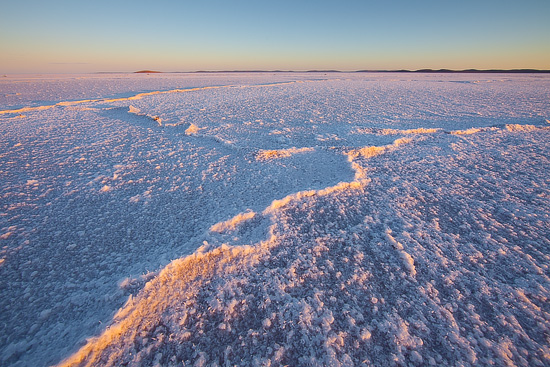 I believe that sunset and sunrise are the best times to explore the lake, it looks absolutely magnificent – low sun lits every salt crystal and uncovers the texture of the surface. In addition to that it is not extremly bright and not that hot. 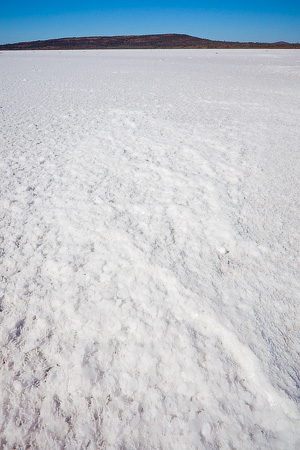 In the daytime, the lake surface is extremely white, it is so bright that youÂ can’t stay longer than couple minutes without sunglasses. It also seems that sun is everywhere – it is not just hot, it is hot hot. 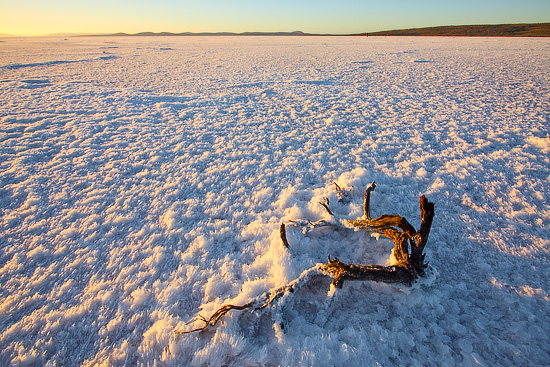