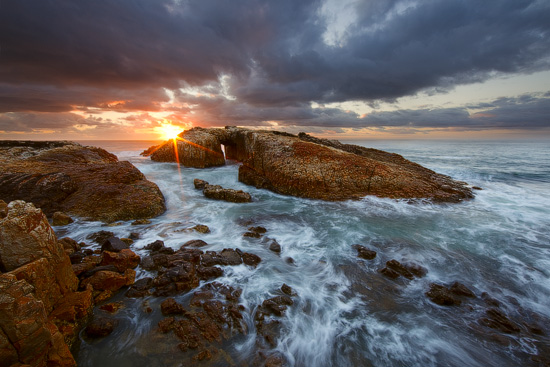 While every headland, beach and harbour of the Australian East Coast provides exceptional views and endless recreational possibilities, some rare locations stand out from the mass and present unique and picturesque places – Diamond Head is one of them. 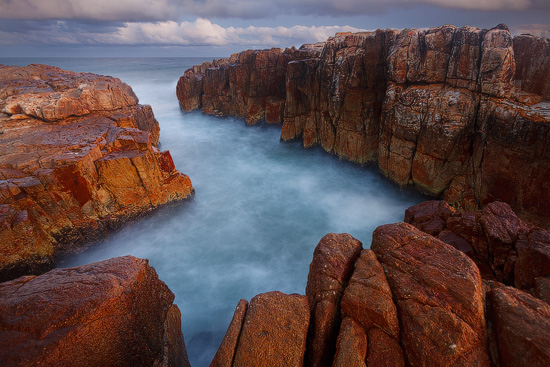 Quartz crystals found in this area gave name to 113 meter high headland, situated north of Crowdy Head, which was named by Captain Cook as Crowded Head in 1770 when he saw a crowd of Aboriginal people on the headland. 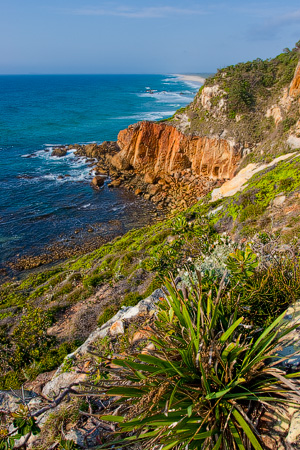 Diamond Head has left its mark in the history and literature by providing a quiet and peaceful place for Kylie Tennant, author of â€œThe Man on the Headlandâ€. Her small hut can still be found somewhere between the Kylies Beach and Indian Head camping areas. Information boards installed in the park and near the hut present some information about her life. 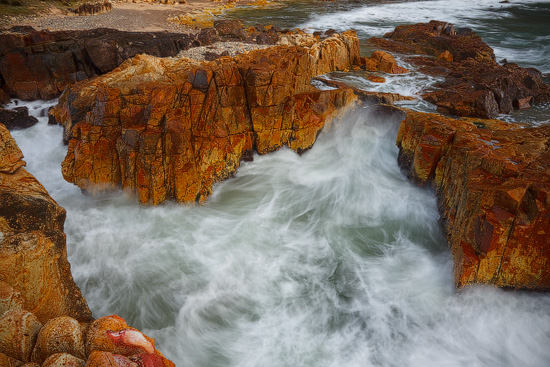 Diamond Head hosts 3 large (80 sites each) well-maintained camping areas with access to Dunbogan and Kylies beaches, and 5 kilometre loop trail that passes through rainforest, bushland and follows along the cliffs opening some outstanding panoramic coastal views.

Sidewalks that start at the main trail allow getting closer to massive rock platforms and natural rock arch at the base of the headland. 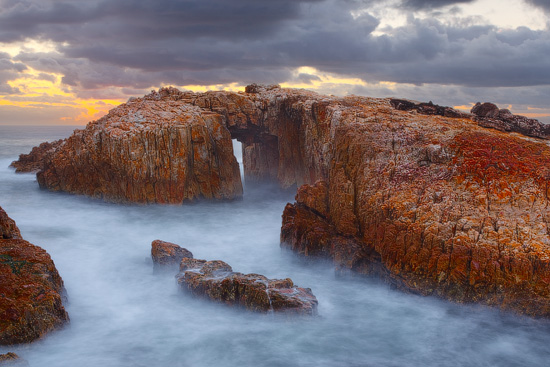